This is part one of a two-part series on the City of Isleton, and its exemplary community engagement and resourcefulness in pursuing downtown revitalization. The second part focuses on Isleton’s participation in the Sacramento Area Council of Governments’ Rural Main Streets Technical Assistance Program, and its upcoming work with CivicWell and the Caltrans Sustainable Transportation Planning Grant Program.

Jean Yokotobi, the daughter of second-generation Japanese-American farmers, was born in a Northern California Japanese internment camp during World War II. While in college at San Francisco State University, she drove through the small California Delta town of Isleton in a convertible and fell in love with the riverside community.(1)  And now, thanks to her tireless work, Isleton will be home to the Asian American Heritage Park, a 0.27 acre public park honoring the history of the Chinese and Japanese immigrants who helped build the town.

A History of Exploitation and Perseverance

During the 1870s, thousands of Chinese workers were hired to build a large network of levees in the Sacramento-San Joaquin River Delta. The project converted 500,000 acres of swamp into fertile farmland, and supported the growth of sugar beet, pear, and asparagus industries in the area. Once the project was completed, many of the workers stayed and made their home in local towns.

By the 1890s, Isleton had a bustling business district for its Chinese and Japanese American residents. Though two fires in 1915 and 1926 destroyed many of the buildings, according to the Delta Education Cultural Society, “It was quickly rebuilt and many of the original buildings are standing now…The Asians were moved to their current location which is named the Asian American Historic District which was placed on the National Registry for Historic Places in 1993.”(3)

After the bombing of Pearl Harbor in 1941, Franklin D. Roosevelt authorized the establishment of internment camps for Japanese Americans and those of Japanese ancestry, regardless of citizenship. Isleton’s Japanese residents were among those forced into camps across the nation. Most of the buildings in town were soon occupied by others, and the original occupants could not recover their lost property after the war.

A Model of Collaboration and Engagement

It was with this history in mind that Jean Yokotobi founded the nonprofit Delta Education Cultural Society (DECS) in 2009, and she has worked continually toward the goal of creating Isleton’s Asian American Heritage Park. The vision includes beautiful landscaping, walkways, an artistic ceramic water feature, engraved bricks and plaques recognizing contributors to the park, and a Japanese bell temple (Kansho-do).

In a setting of peace, harmony, and reflection, the park will celebrate the life and contributions of the Chinese and Japanese who once occupied Isleton’s Asian American Historic District, including events and policies that impacted them through generations. It will help sustain the Delta’s heritage, and provide education in the hope that parts of history will never be forgotten or repeated.

In 2020, Ms. Yokotobi and DECS submitted a concept proposal to the Delta Conservancy for grant funding and were invited to submit a full proposal.

Through Funding Navigation for California Communities, CivicWell’s program that provides technical assistance and a roadmap to help localities and community-based organizations pursue funding opportunities and develop competitive projects and proposals, our team assisted Ms. Yokotobi, the City of Isleton, and their grantwriter in creating a competitive application.

The application was successful, and the Delta Conservancy has agreed to grant $554,000 for the creation of the Asian American Heritage Park.

Despite the challenges of limited local staff resources and funds, the project has been a model for the power of local volunteerism, collaboration, ingenuity, and perseverance.

Isleton’s local community has also played a huge role in bringing the park to life. A community advisory committee informed the educational content, and secured donors for commemorative benches and walkway bricks. DECS also plans to develop a Friends of the Park program to enlist gardening volunteers from the community and continue to fundraise to support park maintenance.

The Asian American Heritage Park is part of an ongoing collaborative effort to preserve and revitalize Isleton’s downtown area. Like many small towns across the nation, Isleton has seen a drop in population and many downtown buildings are vacant. However, recently a small cluster of new businesses has emerged, and the park is a new attraction to help tourism and economic growth in the region by drawing residents and visitors downtown.

The site of the park is adjacent to the Isleton Museum, which is housed in the Bing Kong Tong building, a historic structure in a Chinese American architectural style(4) that was originally a Cantonese language school and meeting hall.(5) By featuring Asian artwork and interpretive exhibits, the park adds a new element to the historic Isleton Chinese and Japanese Commercial Districts.

The story of Isleton’s Asian American Heritage Park is a testament not only to the perseverance and commitment of one community leader, but to the power of people coming together to transform a local vision into action. “My passion for Isleton will always remain,” shared Ms. Yokotobi. “My contribution is to see this town become the town I was introduced to in the 1960s. It has given me a sense of worth, a sense of peace, and a sense of hope for the future.”(1)

With the forthcoming influx of infrastructure funds, now is the time for local leaders everywhere to plan for the projects you want to see—regardless of the size of your community. Programs like Funding Navigation for California Communities can help move those projects from vision to implementation.

Tune in next month for part two, where we explore the broader downtown revitalization work happening in Isleton and how you can apply those tools in your community.

Although the Legislature has approved and the Governor has signed numerous bills over the last few years regarding housing, the impact has been difficult to detect. In a state where an estimated 2.5 million housing units are needed to meet demand, annual housing permits issued continue to hover around the 100,000 per year level with fewer than 25,000 permits for affordable units. The median price of a home remains above $800,000 and, in many areas, more than one-third of the population pays more than one-third of their household income for shelter.

Once again this year, dozens of bills addressing one aspect or another of housing have been introduced in the Legislature. But for major initiatives, particularly those involving affordable housing, one significant conflict has prevented most of them from becoming law. The State Building and Construction Trades Council, known as the Trades, has insisted that any legislation which might streamline or reduce the planning or entitlement process must be accompanied by a requirement that any projects which might benefit must include prevailing wage and the use of a “skilled and trained” workforce, including apprentices. The Trades argue that such a requirement will result in projects that are better constructed and of higher quality while also providing sufficient income to a workforce to afford the housing they are constructing. Builders respond that such a requirement adds enough additional cost to a project that can make it infeasible and that meeting the “skilled and trained” obligation outside of metropolitan centers can be either virtually impossible or cost-prohibitive.

Late in April, Assemblymember Buffy Wicks, Chair of the Assembly Housing and Community Development Committee, unveiled the latest attempt to span the breach with a bill co-sponsored by the California Housing Consortium and the California Conference of Carpenters. The Consortium is an affordable housing development organization and the Carpenters, while a building trade union, are not members of the Trades.

AB 2201, the Affordable Housing and High Road Jobs Act of 2022, would streamline the planning and entitlement process by allowing housing development on infill land used for commercial, office, or parking purposes. In order to qualify for this “by right” approval, the project would have to be 100% affordable units or—in certain circumstances targeted at transportation corridors—mixed income projects with at least 15% affordable rental units or 30% affordable for sale units. Qualifying projects would have to pay prevailing wages and, if 50 or more units, would have to offer health benefits. In addition, the developer/builder would have to either participate in a state-approved apprenticeship program or seek apprentices from an approved program. However, if no apprentices are available, the project could still proceed.

The bill represents an attempt to combine several interests including:

Assemblymember Wicks is, no doubt, hopeful that organizations favoring more housing production will rally behind the bill and that environmental organizations will also support the bill as an environmentally sensitive approach. While the Trades will likely oppose the bill, if it continues to make its way successfully through the legislative obstacle course, it would signal a dramatic shift in the debate surrounding housing legislation. 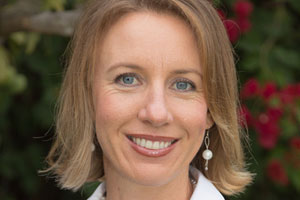 “We’ve spent the last couple of years listening to the community, working with our partner agencies and really digging into the details to ensure the Central Mobility Hub project is a place that will serve everyone in the region. Two things have become clear – transit to the airport must be our first priority and moving the Central Mobility Hub Downtown will provide the connectivity, density and overall convenience we need to truly transform the regional transit system through this investment.”

Downtown San Diego will be the site of a future Central Mobility Hub that will connect bus, Trolley and passenger rail customers to San Diego International Airport, improving public transit access and connectivity in the San Diego area. The project is spearheaded by San Diego Association of Governments (SANDAG) and partners. Read the full article from Mass Transit magazine.

Planning for Equity 2: Revitalization without Displacement