As state and local governments prepare for stimulus funding and an anticipated infrastructure package, it will be critical to prioritize investments to rebuild a transformative future with stronger more resilient communities. Measures that support economic recovery, social equity, and environmental leadership should be prioritized to optimize the return on every dollar spent.

President Biden signed the American Rescue Plan, a $1.9 trillion coronavirus relief bill, on March 11, 2021, one of the biggest stimulus plans in U.S. history. Nationwide the bill allocates $195 billion for states, territories, and tribal governments and $130 billion for cities and counties, including $10 billion set aside for infrastructure projects.

“This bill is a historic investment in local government,” said Mark Ritacco, director of government affairs for the National Association of Counties.

Funding for local government could not be more critical— cities and counties bore the brunt of higher public health expenses, at the same time they lost revenue from parking fines, user fees, restaurant taxes, conventions, airports, and other income. Local governments had to provide support to vulnerable residents while grappling with the loss of small businesses, school closures, and other problems.

Within these categories it’s unclear how funds will be prioritized and allocated— which presents a critical opportunity to recover and build back in a more resilient and sustainable way.

Now is the time to invest stimulus recovery and infrastructure dollars into projects that:

For example, there is $250 million for the state of California to help people pay for energy and water bills, instead of directly subsidizing bills investments in energy and water efficiency – which could pay off right away and continue to provide savings over time. Similarly, instead of short-term hotspots investment in broadband infrastructure could deliver near-term results that will continue to provide benefits in the long-term as well.

Erie County, N.Y., for example, plans to include a broadband project in the $178 million the county will receive. The county’s plan to lay cable for internet service that was cut due to a Covid-19 related budget shortfall, leaving rural residents to drive to the library and sit in their cars in the parking lot to get on the Wi-Fi.

Local governments have the opportunity through this stimulus investment to support both economic recovery and environmental leadership optimizing the return on every dollar spent and furthering critical climate resiliency work.

It requires both big and modest steps to create and sustain livable communities. Below are three bills pending in the state legislature which, if enacted, will contribute to the ultimate goal.

Parking is expensive, uses up valuable land, and reinforces dependence on a car-centric transportation system, especially when required in the buildings where people live. Parking in multi-family developments can range from $30,000 to $75,000 per stall, adding significantly to the cost of building housing which is already disturbingly high.

AB 1401 by Assemblymember Laura Friedman, who chairs the Transportation Committee, seeks to tackle the issue by prohibiting a local jurisdiction from requiring parking minimums in residential or commercial areas which are close to transit or low vehicle miles traveled (VMT) areas as defined by state regulations. Since such areas are prime examples of locations where people can and do make use of other transportation modes rather than a car, they are ideal for such treatment. The result of such legislation, if enacted, will be to save money for builders, save land, save the air and climate, and promote health and livability.

But where to live?

California needs to be building about 300,000 to 400,000 new units a year to begin to abate the housing shortage and improve affordability. Unfortunately, recent year totals have been nowhere near those numbers and last year only slightly more than 100,000 housing permits were issued and only about 25,000 units of affordable housing were permitted. A host of bills addressing housing have been introduced this year.

SB 9 by Senator Toni Atkins, the President pro Tem, is an example of a bill that tackles one element of the housing shortage by proposing to reduce costs, better utilize land, and create more walkable neighborhoods. The bill would, under specified conditions, allow duplexes to be permitted in single-family zones upon a ministerial review by a local jurisdiction. Conditions in the bill are designed to protect neighborhood character, preserve environmental values, and honor objective local standards. The bill builds upon previous successful legislation to allow accessory dwelling units (ADUs) on a simplified procedural basis and is consistent with the efforts in such places as Sacramento and Berkeley to authorize as many as four units on a parcel in a single-family zone.

“We’ve been fighting this battle against Covid-19 with our credit cards and our savings account,” said Mayor Eric Garcetti of Los Angeles whose budget shortfall was estimated last month at $750 million. The stimulus gives Los Angeles a $1.3 billion injection, almost double the budget gap.

As efforts continue to make alternative modes of travel increasingly attractive, more and more people are taking their bicycles out for a try for work trips as well as pleasure. Under current law, cyclists are governed by the same rules as those who drive motor vehicles even though we all know there are obvious and major differences. For example, cyclists commonly slow down at an intersection with a stop sign before proceeding safely rather than come to a complete stop as legally required. Such a practice saves energy, makes it more efficient to ride a bike, and is safe when done prudently. However, it puts the cyclist at risk of being cited with the penalty the same as for a car driver who runs a stop sign and can give rise to very disparate enforcement.

AB 122 by Assemblymember Tasha Boerner Horvath would make it legal for a cyclist to engage in this common practice. California would be following a number of states that have legitimized this behavior over the years, most notably Idaho, which has permitted cyclists to yield at intersections with stop signs for nearly 40 years. If we want to shift the way in which people travel, this bill provides a modest but meaningful step forward. 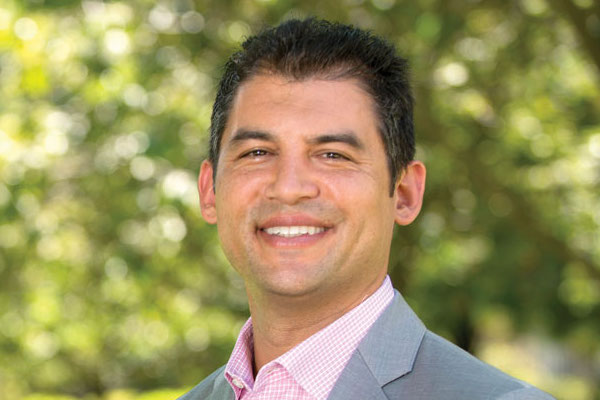 The Santa Barbara County Association of Governments voted the week of March 22nd to distribute the final portion of countywide housing units to the region’s eight cities and unincorporated areas in an effort to meet future housing needs.

“While the Regional Housing Needs Allocation process is technical, it can also be acrimonious and misunderstood. At the end of the day, our responsibility as cities and counties is to do everything we can to help housing production for people who live and work in our communities,” Das Williams, LGC board member, SBCAG vice-chair, and 1st District supervisor, said in a statement to the Santa Barbara News-Press. “This is vital for our region’s prosperity, to meet climate change goals and reduce impacts of traffic congestion resulting from the imbalance between affordable housing opportunities and where jobs exist.” For the full Santa Barbara News-Press article  please click here.

A New Dawn: On the Path Toward a More Resilient Climate and Community

Amid the Power Shutoff: Planning for a Resilient Future with Microgrids