The Decline of Retail: What Local Governments Can Do - CivicWell

“The decline of brick-and-mortar retail creates social challenges in addition to financial ones. When people aren’t going to stores to shop, and are instead shopping online, the vibrancy of local communities that once depended on foot traffic fades.”

The retail sector lost approximately 30,000 jobs in March alone, according to the Bureau of Labor Statistics – with thousands of store closings projected through 2017.

There have already been nine retail bankruptcies this year – as many as in all of 2016. J.C. Penney, RadioShack, Macy’s, and Sears have each announced more than 100 store closures, while Sports Authority has liquidated, and Payless has filed for bankruptcy. The Limited, a women’s clothing store, shut down 250 stores and laid off 4,000 workers earlier this year.

The potential for further retail job loss is staggering. Cashiers and retail salespeople are the two largest job categories in the country, comprising more than 8 million workers.

These job losses are concentrated largely in American suburbs. More than 7 in 10 workers in sales and related occupations live in the suburbs, according to the Brookings Institution, about 2 percentage points higher than the average for all U.S. workers.

Leading the pack in this downward trend are department stores, general merchandise stores, sporting goods, hobby, book, and music stores. Each of those categories has lost jobs for five straight months, dating back to November 2016. Clothing stores, after experiencing a big holiday spike, have lost jobs for two straight months.

The retail decline has a ripple effect in other economic markers, including reduced government sales tax revenues. Nationwide, sales taxes comprise nearly one-third of the taxes that state governments collect and about 12% of what local governments receive.

Experts cite a few reasons for the decline of retail:

Design for a Better Customer Experience

Businesses need to form emotional connections with their customers to respond to the growing competition from ecommerce, says Michele Reeves, an urban strategist and founder of Civilis Consultants. Businesses should provide people with an experience and “speak to the street” through good lighting, street-level windows, inviting outdoor displays and comfortable seating.

Design is critical too: Retail spaces should be built in an accessible, inviting way for all customers, using basic design tactics that include hiding parking, building public amenities, upgrading facades and providing outdoor seating.

At a more macro planning level, mixed-use and transit-oriented development – which creates a greater number of potential customers nearby – keeps people in close contact with retail. Stores surrounded by higher-density housing, restaurants, bars and other entertainment attractions tend to be more resilient than traditional malls.

For decades, economic development usually meant using tax incentives and public resources to lure in large, national retail chains. Cities have given out millions of dollars in tax breaks and free land, while building out roads and utilities (paying for infrastructure that would be unnecessary with infill) on the edge of town. In the St. Louis area, for example, local governments have spent $5.8 billion in public money over the past 20 years to compete for development.

Given the massive amounts of public infrastructure needed for many of these developments, conventional suburban retail developments are often a drain on tax coffers in the long-term.

“Today’s Amazon distribution center could easily be tomorrow’s dead mall,” said CityLab’s Nolan Gray. The lesson of the retail meltdown is not to switch from subsidizing brick and mortar retail to subsidizing e-commerce with the same old mixture of property-tax abatement and free infrastructure – cities should be very cautious about plowing public resources into attracting specific firms.

Local governments should survey their zoning to eliminate barriers to greyfield redevelopment. In many cases, arterial roads are zoned exclusively for suburban-style big-box and strip-mall developments. These districts often require large parking lots and massive setbacks from the road while prohibiting common non-retail uses, including residential, light industrial and occasionally even office space.

Local governments should also be thinking locally and reorienting policies to celebrate small businesses. In dynamic urban economies, smallness, accessibility and a high-quality experience are more important. A more diverse ecosystem of small locally owned businesses can rapidly respond to consumer need while offering experiences that can’t be replicated through e-commerce.

Policymakers should make life easier for entrepreneurs by keeping regulatory compliance as easy as possible, while protecting residents, workers and the environment. 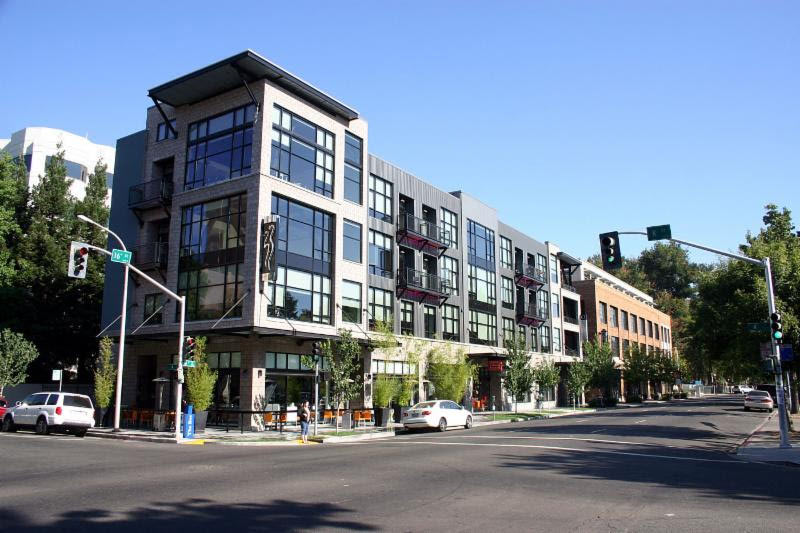 Policies in many communities are designed for national tenants and not applicable to the smaller entrepreneurial tenants. Local governments can empower small developers by easing restrictions in and around downtowns to allow for small-scale mixed-use development in urban residential areas (e.g., corner delis and neighborhood shops).

Local governments can also proactively identify specific tenants and build relationships with them to help shepherd their initial projects through.

Protecting the local perspective on retail

The impact of the retail meltdown on communities could have catastrophic impacts on the economy, in the workforce and on our neighborhoods. However, by acting now, local governments can shelter their communities from the worst of these impacts by bolstering existing retail and making it easier for local businesses and entrepreneurs to adapt to local needs and maintain resilience in the face of national trends