California is facing another year of fires due to the worsening drought. More fires have burned in California so far this year than during the same period last year. From Jan. 1 to May 19, there have been 2,504 wildfires statewide, up from 1,534 fires in 2020, according to statistics from the National Interagency Fire Center. – In 2020, 2,527 acres had burned by mid-May, this year 15,390 acres have already burned.

“None of us are naïve about the challenge this state faces, or for that matter the entire Western United States,” Governor Newsom said during a visit to the Cal Fire aviation center at McClellan Park in Sacramento. “Record drought conditions persist all through the Western United States.”

The National Drought Mitigation Center’s drought monitor recently deemed most of the Bay Area as extreme drought zones for the first time since 2015. Regional entities are considering dramatic steps to address the current reality and future implications— the Marin Municipal Water District is considering banning new water service hookups to homes in response to worsening drought conditions, which would also inhibit development in an area with severe housing shortages.

The intertwined wildfire and drought issues and where/how we develop housing to address that crisis require much greater investment in comprehensive local and regional planning.

The Governor’s proposed May revised budget is a helpful start in the direction of funding climate resilience at the level necessary to make more than incremental progress, but does not go far enough to recognize the resources needed to truly meet local needs.

The Local Government Commission, along with a broad coalition of over 50 practitioners, non-profit organizations, and state and federal leaders is calling on the legislature to make a one time investment of $1.555 billion dollars for local and regional resilience planning and implementation.

This would include $550M for local resilience planning, $150M to support regional agencies in the development of regional vulnerability assessments to support assessments regional and local planning and $100M to support existing regional collaboratives through the Alliance of Regional Collaboratives for Climate Adaptation and other similar coordination networks and $350M to fund the implementation of climate adaptation and resilience programs and projects.

These adaptation plans and updates will expedite solutions to immediate crises, while also addressing the longer-term challenges of heat, sea level rise, wildfire, water supply, and flooding from extreme storms.

We are also calling for increased investment in affordable housing and Sustainable Groundwater Management Act implementation (read the policy corner below).

Without this funding, well-intended goals, policies, and actions are unlikely to be implemented at the pace and scale required to meet the challenge.

Across California’s budget surplus, the American Rescue Plan and an anticipated Infrastructure plan (read below), we are going to see unprecedented investments— we have a once in a generation opportunity to move away from the incrementalism that has plagued this work and make significant investments in comprehensive climate equity and resilience projects. 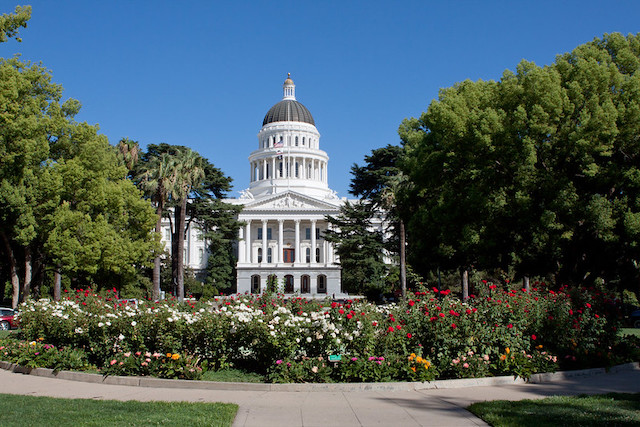 The arrival of mid-May brings the unveiling of what’s known as the May Revise, the modifications to the Governor’s proposed January budget and reflects additional information on tax receipts and expenditures since the start of the year. The release of the Revise kicks the process of adopting the state budget into high gear as the Legislature conducts its final hearings and legislative leaders negotiate with the Governor over exactly what will go in the budget and what will not. All the action leads to the day of decision, June 15th. The Legislature must approve the budget and send it to the Governor or the salaries of the legislators are cut off until a budget is approved.

No one can remember a year like this one or seemingly even find something close in the state’s history. The state is enjoying an unprecedented budget surplus of nearly $76 billion coupled with about $26 billion to spend from American Rescue Plan funds thanks to the federal government (more accurately thanks to President Biden and congressional Democrats). As a result, Governor Newsom has made some eye-catching proposals. Foremost among the Governor’s plans is using $11.9 billion to provide $600 stimulus payments to households that earn up to $75,000 a year, $5.2 billion to renters at risk of losing their housing, $2 billion to pay overdue utility bills, and $1 billion in college grants to help those displaced from jobs due to the pandemic. In addition, the Governor announced a $20 billion proposal to “reimagine” education which includes establishing universal preschool for all four-year-olds by 2024 and $2 billion to create college savings accounts for 3.7 million low-income and foster youth students. Governor Newsom also proposed to add $1.4 billion in assistance to small businesses hurt by the pandemic, bringing the total assistance to $4 billion for that purpose.

A BUDGET FOR SUSTAINABILITY?

LGC is focusing on three particular areas in the budget:

With the Legislature required to send the Governor a balanced budget no later than June 15, there are sure to be intense negotiations during the first two weeks of the month in order to reach an agreement among the Assembly Speaker, the Senate President Pro Tem, and the Governor. Hopefully, as we invest to emerge from the pandemic, we will also seize this historic opportunity to act boldly to ensure sustainable communities and protect our environment.

Merced County Moves to Consolidate Permitting Into One Department

Merced County leaders took another step to refine their “one-stop shop” concept for those people and businesses with development goals in the unincorporated areas of Merced County. The Board of Supervisors unanimously agreed to consolidate permitting activity of Planning, Fire and Public Works within the county’s Community and Economic Development Department (CED).

“We are trying to move at the speed of commerce. That’s the important thing here. Our economy is moving at such a fast rate, we want to be able to keep up with that speed, and we don’t want the government to hold it back, said Supervisor McDaniel.