Following the 2008 recession, we have seen uneven recovery. Some communities have experienced business and job growth while others are falling further behind. From 2011 to 2015 distressed communities lost an average of 6% of their jobs and businesses, while more prosperous communities gained jobs and businesses by double-digit percentages, according to recent research.

At the same time, federal and state budgets are stretched thin, and communities are increasingly dependent on private investment for revitalization and economic development.

Meanwhile we’ve experienced historic growth of the stock market over the past decade, which has resulted in roughly $6.1 trillion in capital gains, according to the latest estimates from the Economic Innovation Group. Access to capital, however, is uneven and highly concentrated in a handful of metropolitan areas along with high-wage job growth. 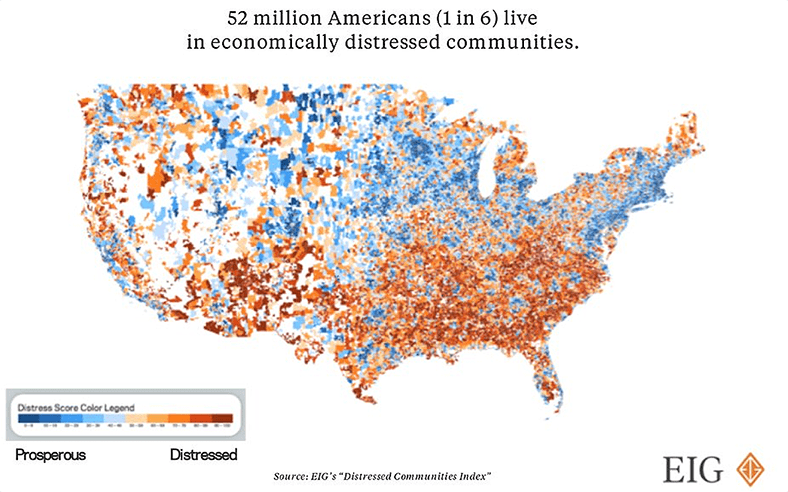 Whole swaths of the country have seen a decline in banks lending to small businesses or opening new branches. Nearly 1 in 4 community banks have closed since 2008, and small-business lending remains down by one-quarter. Seventy-five percent of all venture capital is concentrated in three states (California, New York and Massachusetts). Philanthropy and foundations also bypass some of the neediest counties.

Fortunately, cities have a new financial and community development tool to tap into this capital and encourage revitalization in the poorest urban, suburban, and rural communities across the nation.

Opportunity Funds, created in the federal tax bill (H.R. 1) and signed into law in December 2017, could unlock private capital to facilitate economic growth in distressed areas.

Opportunity Funds are broad and flexible— they can fund a range of project types, including affordable housing, real estate, infrastructure, energy assets, existing or start-up businesses, innovation districts, brownfield redevelopment, and even transit.

The designated Opportunity Zones (according to Smart Growth America):

The incentive works by allowing individual or corporate investors to defer their capital gains on investments in opportunity funds for up to nine years. Long-term community investment is incentivized – investments for a period of at least 10 years are exempt from any additional gains beyond that which was previously deferred.

Cities, suburbs, rural enclaves and regions can establish their own Opportunity Funds to identify needs ranging from hyper-local (small businesses) to intra-state (transit).

Opportunity Funds can be organized in various ways to raise capital from a wide array of investors if certified by the U.S. Treasury Department.

The promise of Opportunity Zones is that communities can identify and highlight their assets and signal their potential to investors. The program could deliver vital investment to underserved areas, but it could also fuel sprawl and gentrification in those communities where too much opportunity, too fast, has led to rapid displacement. A tax incentive for investors to build up areas where investors are already building, could also have negative community consequences. 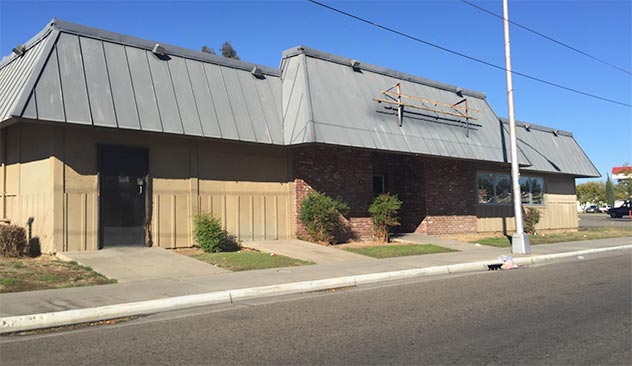 Prosperity in the 21st century will be based on creating and maintaining a sustainable standard of living and a high quality of life for all. To meet this challenge will require recognizing the economic value of natural and human capital.

While each community and region has unique challenges and opportunities, embracing economic, social, and environmental responsibility will be critical for building prosperous and livable places. The Ahwahnee Principles for Economic Development can provide a strong framework for local governments to prioritize projects, establish metrics, and create policy protections to ensure that Opportunity Funds align with community goals.