As a nation, we currently have an unprecedented opportunity to move away from the incrementalism that has plagued electric vehicle (EV) progress to date towards transformational investments that can help achieve broader climate resilience goals.

Fully electric vehicles made up just over 2% of U.S. new vehicle sales during the first half of 2021— the tipping point toward mass adoption is generally considered to be about 15% of new sales.1

The $7.5 billion investment in electric vehicle infrastructure in the Bipartisan Infrastructure Package is an important step.

California is also looking to make unprecedented funding investments thanks to an anticipated $47 billion projected state budget surplus. Governor Newsom’s January budget called for an additional $6 billion in investments to advance ZEVs, on top of the $4 billion appropriated in the 2021-22 budget last year, which would include $600 million for ZEV charging infrastructure and $300 million for “equitable at-home charging.”

Cities produce roughly 70% of GHG emissions and account for 70% of all driving in the United States, and are also critical to EV adoption through zoning and building codes, permit streamlining, education and outreach, and municipal fleet conversion.

This is truly a remarkable time for EV acceleration and local governments will be critical to ensure that federal dollars are invested strategically and local resources are leveraged to get optimal results. 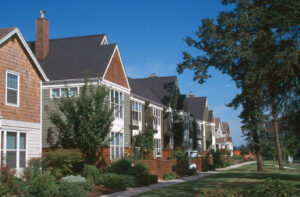 With the advent of January comes the return of the Legislature for the second year of its session and the release of the Governor’s proposed budget for 2022-23. These events signal important opportunities for LGC to pursue its policy and fiscal priorities at the state level.

As we know all too well, the effects of climate change are becoming more evident every day. Scientists have calculated that 2021 was the sixth hottest year on record. The increasing frequency and severity of wildfire; extreme heat; extreme cold, snow, and rain; and drought are all manifestations of the influence of climate change.

On behalf of LGC, Senator Bill Dodd has introduced SB 852 which would permit cities, counties, or special districts—either alone or in combination—to establish climate resilience districts. The districts would be able to raise revenue through tax increment financing and voter-approved supplemental property taxes, property benefit assessments, or fees. The districts would have the authority to plan and implement projects and programs to address climate change either through mitigation or adaptation.

The bill fills a significant gap in the framework of tackling climate change. While important actions have been taken and resources allocated at the state level, it is local governments that are on the front lines of meeting the challenge. Although some local governments have acted aggressively to meet the challenge, there is no systematic, sustained, and predictable source of funding or staffing at the local level to take on planning and implementation of projects and programs to combat the effects and impacts of climate change. SB 852 will give communities and regions the means of establishing local entities that span jurisdictional lines and focus resources on the most urgent aspects of climate change as determined locally. The bill will also create the ability to channel local, state, federal, and private funds in a coordinated manner within a jurisdiction or across jurisdictional boundaries to have the greatest and most effective impact possible.

The first hearing on the bill is likely to be sometime in March, so we will be working hard to build support for it between now and then.

The Governor’s proposed budget was unveiled on January 10, coming in at about $286 billion and enjoying a projected surplus of nearly $47 billion. While the aspects of the budget concerning the pandemic, expanding health coverage, and education drew the lion’s share of the attention, the Administration also clearly tried to underscore its attention to climate change by bundling several different subjects including housing, workforce development, and health along with more traditional elements such as transportation and clean energy.

In terms of new money, as noted in the Executive Director’s column above, the effort to advance zero emission vehicles (ZEVs) reaped the most funding–an additional $6 billion on top of the $4 billion appropriated in the 2021-22 budget. Among the designations for some of the funding is $600 million for ZEV charging infrastructure, $300 million for “equitable at-home charging,” $460 million for transit buses and infrastructure, and $419 million for community-based plans and projects and supporting sustainable communities strategies.

In the energy package, $611 million is included for equitable building decarbonization in addition to the $343 million for that purpose in the current year budget.

In the housing category, $500 million is budgeted for the Infill Infrastructure Grant (IIG) program, $300 million for the Affordable Housing and Sustainable Communities program, and $100 million to support adaptive reuse for housing. The adaptive reuse allocation is a new addition to the housing funding array and wholly compatible with LGC efforts to advance the strategy as an exceptional approach to bringing together housing, transportation, community, and climate interests.

Recently, Chair of the Monterey County Board of Supervisors and LGC Board Member Wendy Root Askew successfully fought for an E-Bike Incentive Program in her county.

According to an article from the Monterey Herald,

Driving to All-Electric by 2035