Local governments have been at the forefront of the sources, impacts, and response to climate change.

For more than a decade cities have developed ambitious climate change plans and goals, ahead of state and federal action in many cases. Their action could not be more timely or critical. The recent Intergovernmental Panel on Climate Change (IPCC) report warns that “global surface temperature will continue to increase until at least the mid-century under all emissions scenarios considered” which can lead to “increases in the frequency and intensity of hot extremes, marine heatwaves, and heavy precipitation, agricultural and ecological droughts in some regions, and proportion of intense tropical cyclones, as well as reductions in Arctic sea ice, snow cover and permafrost.”

These effects have been increasingly tangible with a rise in frequency and intensity of wildfires, extreme heat and storm events across the nation.

But while more than 600 local governments in the U.S. cities have adopted climate action plans and greenhouse gas reduction targets, few have met the goals according to interviews by the USA TODAY Network. Their findings are consistent with a study last year by the Brookings Institution which found just 45 of the 100 largest U.S. cities had adopted a serious climate pledge, and two-thirds of those with plans have fallen short of their targets. More than a dozen appeared to have no emissions tracking at all.

The action of those 45 communities did make a difference, albeit relatively small: collectively eliminating 6% of total annual U.S. emissions compared with 2017 levels – the equivalent of 365 million metric tons of carbon pollution or taking 79 million vehicles off the road, according to the Brookings Institution. 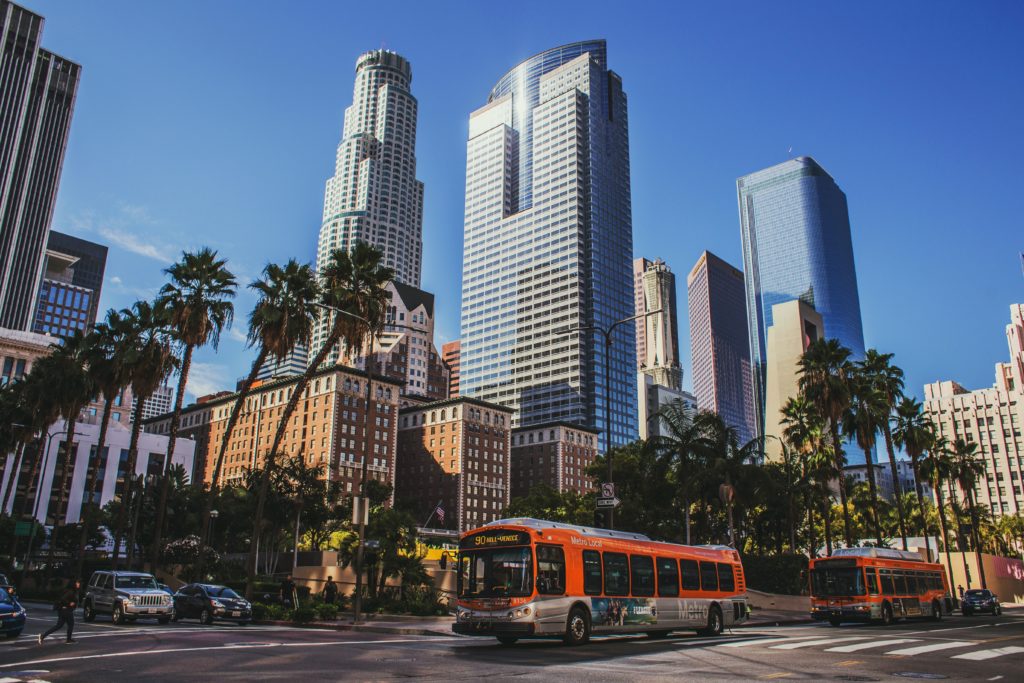 Cities are seeing successes in some areas—for example reducing emissions from energy through building decarbonization efforts and joining Community Choice Energy programs—but are challenged by other major sectors, transportation in particular. This isn’t unique to cities; California has experienced similar challenges.

California hit its 2020 emissions reduction goal four years early due to increased renewable energy production and reductions in electricity-generated emissions while only achieving small declines in the industrial, residential, and transportation sectors and an increase of 64% in California’s commercial sector, according to a report by Next 10. Without reductions in these sectors, the report finds, California will meet its 2030 climate targets more than three decades late—in 2061—and could be more than 100 years late in meeting its 2050 target if the average rate of emissions reductions from the past year holds steady.

Similarly, Austin decreased its building emissions by 20% despite its increased population but saw a growth in transportation emissions between 2010 and 2018. Last year, the city voted to allocate $7.1 billion to an ambitious transportation plan which includes a goal of 40% of vehicle miles from electric cars by 2030, according to the USA TODAY Network.

Local governments play an important role in avoiding increasing climate impacts, but steps need to be taken now to drastically reduce emissions by the end of the decade to make a discernible difference, according to the IPCC report.

Climate plans and goals are an important step. However, goals and strategies need to be more ambitious, and tracking and accountability measures need to be included.

“If you’re not monitoring what you’re doing and those changes and you’re held to a standard of accountability, then what’s the point in having a climate plan?” Aaron Wilson, an atmospheric scientist at Ohio State University’s Byrd Polar and Climate Research Center, told the USA TODAY Network. “You have to be able to monitor it, to show that goals are being met, or that goals are changing based on the progress or how things are proceeding.”

This will mean tough political decisions not just in climate action plans but as a filter to how all investments are made. That may mean denying pipeline transportation and other infrastructure projects in order to double down on investments that contribute the most to climate reduction goals.

The good news is we currently have what will likely be the most significant opportunity in decades to create the rapid transformation needed. The US Senate passed a trillion-dollar infrastructure bill, and California will be investing $3.7 billion on climate resilience initiatives. Now is the time for a paradigm shift, to accelerate climate leadership before it’s too late.

September was marked by two significant events. First, the legislative session concluded on September 10 with over 700 bills sent to the Governor for his disposition. Second, Governor Newsom resoundingly turned back the attempt to remove him from office by a nearly 2-to-1 margin. With the demise of the recall effort, attention has now turned to those bills sitting on the Governor’s desk. He has until October 10 to sign, veto, or allow them to become law without his signature. 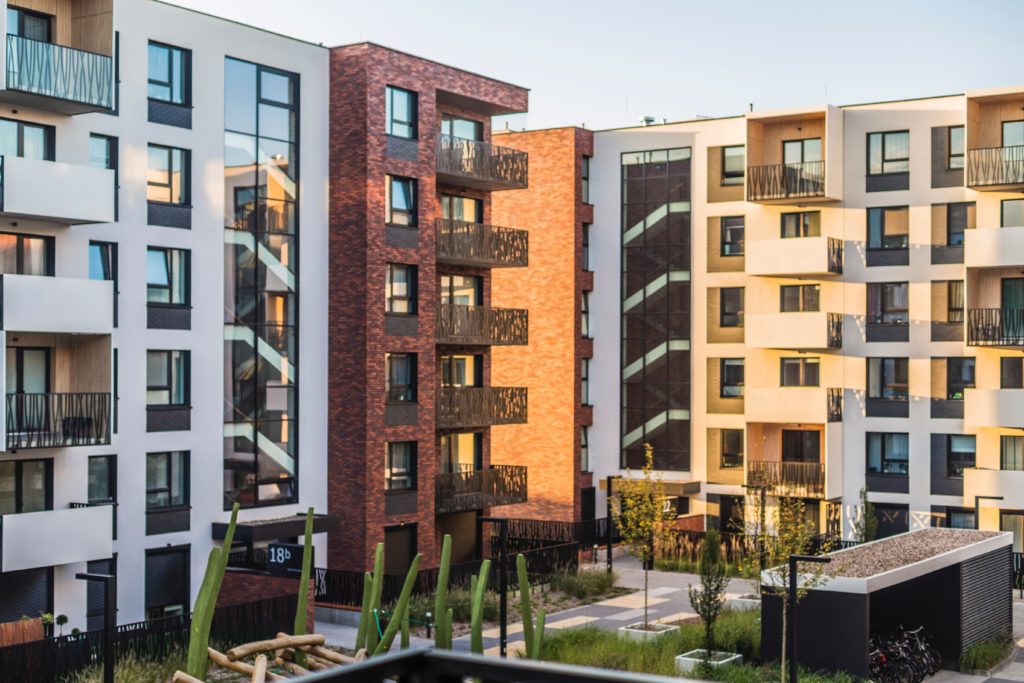 Demonstrating that housing occupies a very high place on his list of priorities, two days after the recall election the Governor signed three major housing bills from this session—SB 8 by Senator Nancy Skinner, SB 9 by Senator Toni Atkins, and SB 10 by Senator Scott Wiener. LGC strongly supported all three bills.

SB 8 extends the sunset date of the Housing Crisis Act (HCA) from 2025 to 2030. The HCA streamlines the approval of housing projects at the local level, and limits the ability of local governments to impose requirements that can impede such projects. SB 9 permits duplexes or lot splits to create a total of four units on parcels in single family zones under specified conditions. SB 10 allows local governments to adopt ordinances without environmental review, which would allow development of 3-10 units on a single parcel in an urban infill or high transit area.

As the Governor said in a written statement accompanying the signing of the bills, “The housing affordability crisis is undermining the California Dream for families across the state, and threatens our long-term growth and prosperity. Making a meaningful impact on this crisis will take bold investments, strong collaboration across sectors and political courage from our leaders and communities to do the right thing and build housing for all.” Read the Governor’s press release.

Governor Newsom also announced that $1.75 billion included in the budget to finance shovel-ready affordable housing projects, which had been stalled due to the unavailability of federal tax credits, would go out through the new “California Housing Accelerator” to expedite the construction of 6,500 new units. Earlier this year, LGC advocated for putting this money in the budget. The “Accelerator” is one part of more than $10 billion in the budget to help underwrite additional housing construction and to increase affordability.

LGC has urged the Governor to sign two additional bills awaiting his action. SB 290 by Senator Skinner would promote more affordable housing for students and low and moderate income families by enhancing the use of density bonuses. SB 478 by Senator Wiener would promote the construction of small multi-family projects of 3-10 units in urbanized areas by specifying minimum floor area ratios (FARs) for such projects.

However, even with past legislation coupled with this year’s bills and budget allocations, more will be required to address the yawning need for more housing—both affordable housing and so-called “missing middle” housing. With 100,000 to 150,000 new units per year of housing, we are still only meeting about half the production to keep pace with demand.

As the median price of a home soars past $800,000, it is apparent that the effort to find approaches to expanding housing supply and reducing costs is far from complete; it will require the continued focus and attention of both the Governor and the Legislature. But the efforts at the state level cannot truly succeed without the hard work of local governments as well to encourage and welcome new and additional housing that will become affordable homes for our fellow Californians. 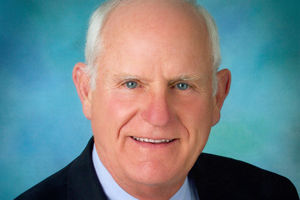 According to a recent article in The Richmond Standard, the City of Richmond has recently received a $20 million investment to build modular waste-to-green hydrogen production units and renewable synthetic fuel facilities.

“The investment is part of a broader goal to create a green hydrogen fuel infrastructure that will, in part, provide a zero-emission energy source for commercial and passenger cars and trucks…Mayor Tom Butt lauded the news as putting Richmond ‘on the forefront of renewable and carbon free energy.’”

Accelerating the Timeline for Climate Action

Converging Crises Show the Need for Investment in Regional Resilience